"As if Bill Bryson had taken to two wheels." The Financial Times.

Somewhere in a German forest 200 years ago, during the darkest, wettest summer for centuries, the story of cycling began. The calls to ban it were more or less immediate.

Re:Cyclists is the tale of the following two centuries. It tells how cycling became a kinky vaudeville act for Parisians, how it was the basis of an American business empire to rival Henry Ford’s, and how it found a unique home in the British Isles.

The Victorian love of cycling started with penny-farthing riders, who explored lonely roads that had been left abandoned by the coming of the railways. Then high-society took to it – in the 1890s the glittering parties of the London Season featured bicycles dancing in the ballroom, and every member of the House of Lords rode a bike.

20th century cycling was very different, and even more popular. It became the sport and the pastime of millions of ordinary people who wanted to escape the city smog, or to experience the excitement of a weekend’s racing. Cycling offered adventure and independence in the good times, and consolation during the war years and the Great Depression.

Re:Cyclists tells the story of cycling’s glories and also of its despairs, of how it only just avoided extinction in the motoring boom of the 1960s and ’70s. And finally, at the dawn of the 21st century, it celebrates how cycling rose again – a little different, a lot more fashionable, but still about the same simple pleasures that it always has been: the wind in your face and the thrill of two-wheeled freedom. 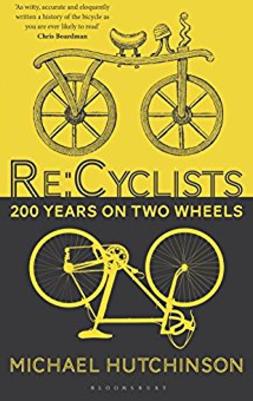