‘What is it about me that makes me faster than the vast majority of bike riders? Is it innate, or something I achieved by training? Why are a lucky few faster than me? Is it just more of the same thing that makes me faster than everyone else? Most importantly, what can I do to catch them? These questions have had a hold over me for more than a decade – most of my adult life. It’s no sensible preoccupation for a grown man. I know that. But I can’t help it.’

Michael Hutchinson is an international cyclist, the winner of over 50 national titles, and a man with a distinctly obsessional bent. In Faster he explains what makes a fast bike rider – the extraordinary physiology, the mental resilience, and how they must give over their whole existence to chasing a perfection they may only experience once or twice in their lives.

He looks at the role of coaches, sports scientists and F1 engineers in paring off vital seconds. Along the way he explains how an experiment involving a group of racing pigs on a treadmill improved their aerobic capacity by over a third, why lactic acid is not the root of all evil, and why he, personally, has spent most of the 21st Century so far sleeping in a tent.

"Michael Hutchinson is not only faster than you, he can explain why in sharp and funny prose." Gary Imlach

"A revelatory examination of what makes athletes tick." The Independent

"If you want to turn yourself into a Merckx or a Froome, read Faster." The Guardian 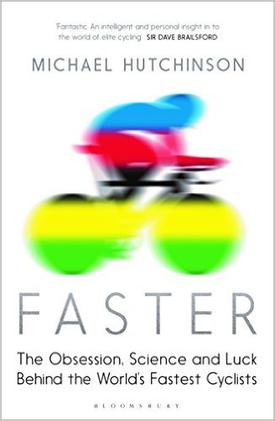